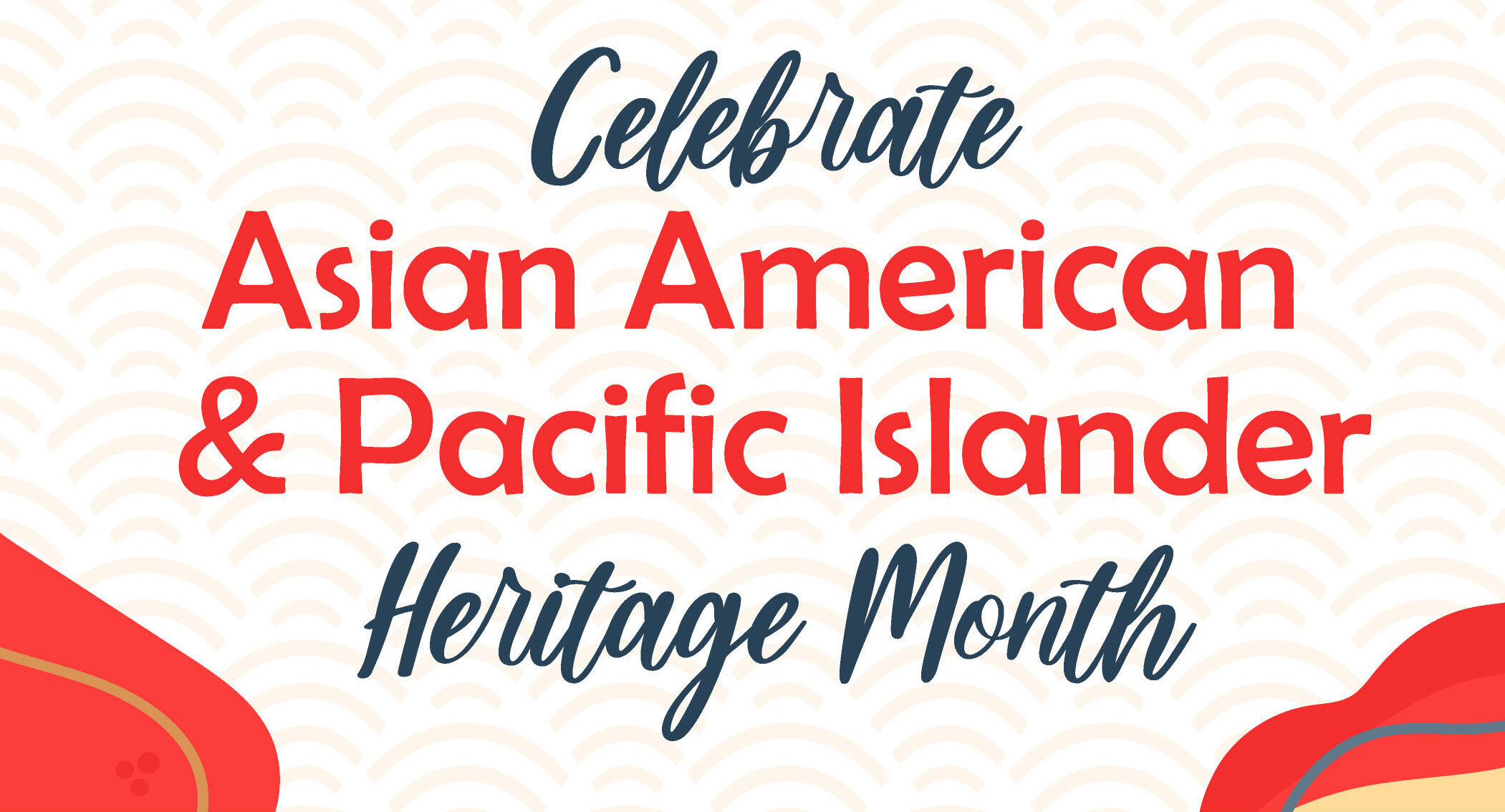 This May we are recognizing Asian Pacific American Heritage Month and Mental Awareness Month. According to the Federal Asian Pacific American Council (FAPAC) has themed this year “Advancing Leaders through Collaboration.” The FAPAC encourages local and national governments to prioritize collaboration, development, diversity, transparency, and inclusion through leadership training of AAPI people.

We plan to commemorate and celebrate how Asian American and Pacific Islander (AAPI) communities have continued to enrich the United States with their deep histories, resilience, and cultures as well as call attention to the struggles and barriers the Asian community has faced in our history as well as today.

The AAPI Community and Disability

It is a diverse demographic, to be sure. More than 24 million AAPI people call the U.S. home, with nearly all tracing their roots back to at least 19 countries in East and Southeast Asia and the Indian subcontinent. It encompasses all community members who are the descendants of the Asian continent, and the Pacific Islands of Melanesia (New Guinea, New Caledonia, Vanuatu, Fiji and the Solomon Islands), Micronesia (Marianas, Guam, Wake Island, Palau, Marshall Islands, Kiribati, Nauru and the Federated States of Micronesia) and Polynesia (New Zealand, Hawaiian Islands, Rotuma, Midway Islands, Samoa, American Samoa, Tonga, Tuvalu, Cook Islands, French Polynesia and Easter Island).

According to the Centers for Disease Control (CDC), one in 10 Asian Americans and one in six Native Hawaiian/Pacific Islanders lives with a disability. AAPI people active in the disability rights movement have spoken out about the challenges of their dual identities, most notably the marginalization they can be subject to within both the AAPI and disability communities. In a 2014, Alice Wong, founder of the Disability Visibility Project, said she has encountered more discrimination and stereotyping based on her disability rather than on her race, gender or class. Wong lamented the shame and stigma around disability that persists in various AAPI communities, which can manifest in exclusion from social gatherings, low expectations, and superstitions about people who live with disabilities.

“This isn’t to say it’s all doom and gloom,” Wong also said. “There have always been Asian Americans with disabilities in the U.S. The challenge is encouraging Asian Americans to become active in the disability community and to embrace their disability identity in addition to their other identities with a sense of pride.”

And the “model minority myth” can also complicate the picture for AAPI people living with disabilities, as it puts pressure on them to keep up with their non-disabled peers in ways they simply can’t or don’t want to.

Why does this intersection matter?

The Huffington Post explored this in a 2019 article in which an Indian American woman who applied for disability accommodations at her college was accused by her father of taking “the easy way out.” The student, Mohita Abbaraju, described how her parents provided financial and logistical support for her treatment for depression, anxiety and chronic pain, but still expected her to excel academically, graduate and get a job at the same pace and with the same rigor as her non disabled peers.

As millions of children are back in school, up to 20 percent of public school students are being served under the Individuals with Disabilities Education Act (IDEA). But when data is disaggregated by race, only 7 percent of Asian American children, the lowest of any racial group, are served.

The intersectional identities of race and disability are inevitably intertwined with one another, warranting a larger conversation of why being Asian American and disabled has not garnered more attention.

Over 1.3 million Asian Americans are estimated to be living with some form of physical, sensory, cognitive, or other disability. With 1 in 10 Asians identifying as disabled in the United States, there exists a significant population of Asian Americans with disabilities that lack the proper professional and cultural support necessary to navigate their dual identities. This intersection matters because of the ways in which the characteristics of Asian American identity and disability interact with each other in their respective communities. Within the Asian American community, there unfortunately remains a stigma against the disability community.
This is particularly prevalent for enclaves, such as Chinatown. Additionally, within the disability community, there is still a massive gap in Asian American representation, both in the professional and advocacy spaces.

Furthermore, disabled Asian Americans face a disadvantage in the workplace. The Bureau of Labor Statistics estimates that among those with a disability, the jobless rates for Asians (15.7 percent) were higher than the rate for Caucasians (11.6 percent) in 2020. Worth noting, additionally, is the overwhelming lack of research conducted on Asian Americans with disabilities.

Ableism in the Disability Community and its Effects on Asian Americans

The intersectional identities of race and disability are inevitably intertwined with one another, warranting a larger conversation of why being Asian American and disabled has not garnered more attention. Ableism is a set of stereotypes and practices that look down and discriminate specifically against people with disabilities. Ableism views members of the disability community as not valuable or worthy based on characteristics such as their appearance or ability to be successful in society. Disability advocates recognize that ableism exists within the community and popular culture.

Here is a non exhaustive list of some of the brilliant disabled Asian American activists, advocates, and community organizers who are doing the hard work to tackle ableism and racism in their communities.

Chella is a half Jewish and half Chinese transgender artist, author, and director who identifies as Deaf, genderqueer, trans-masculine, Chinese, and Jewish. He has given talks all over the country on the intersections of art, disability, queerness, race, and healing. Furthermore, he has published a book, Continuum, participated in numerous gallery shows and artist residencies internationally, worked as a columnist for Condé Naste’s first queer publication, Them, launched a radically inclusive clothing line in collaboration with Opening Ceremony, signed as the first Deaf and trans masculine model with IMG Models, and was casted as a superhero within Warner Brother’s DC Universe, Titan’s.

Esme is a Taiwanese American award winning novelist and essayist known for the New York Times bestselling essay collection, "The Collected Schizophrenia" and "The Border of Paradise." She started her writing career focusing on disability after being diagnosed with late stage Lyme disease in 2015. She is the founder of "The Unexpected Shape" Community for writers living with illness and disability. She holds various awards, including the Best of Young American Novelist list of 21 authors under 40 by Granta and the prestigious Whiting Award.

Mia is an Asian American director for the Disability Justice Initiative at American Progress. She advocates for disability justice and inclusion at nonprofit organizations and businesses across the United States. She has worked with Women’s March, Families Belong Together, DC Action Lab, Adoptees for Justice, Fair Fight, People’s Collective for Justice and Liberation, and numerous other progressive organizations. Importantly, Mia has pushed for better access to disability accommodations at progressive events and more policy platforms inclusive of the disability community.

Steve Lee is a Chinese standup comedian, writer, actor, and producer with Amyoplasia Congenita Disruptive Sequence. Amyoplasia congenita is the most common type of arthrogryposis multiplex congenita (AMC), and mainly refers to disorders with limb involvement.

Originally from Hong Kong, Lee came to America when he was 17 as an exchange student. He jokes that he was placed in the most diverse state in America: Kansas. Lee was the only student of color in his high school. In a short film for the 2020 Easterseals Disability Film Challenge, Lee remembers it was a teacher in Kansas that made him realize he was the one labeling himself as a person with a disability. He wasn’t as different as society in America and Hong Kong wanted him to believe.

Lee is a staple in comedy clubs across the world, with a fan base spanning two continents. He has performed in major cities such as Los Angeles, San Francisco, Hong Kong, Shanghai, Kuala Lumpur and Singapore. According to his website, “Steve Lee may be the only Chinese Disabled Stand-Up Comedian working in Hong Kong, Asia and America.”

According to the U.S. Census, as of 2019, there were 18,297,153 Asian Americans living in the United States. Out of that number, there are 1,315,999 Asian Americans who identify that they are living with some form of disability, many of whom face double discrimination.

“Making people laugh can increase levels of trust and friendship between strangers,” Lee believes. “Sometimes comedians perform in places where the audience is less than 1% Asian. When an Asian disabled person tells jokes and makes them laugh, that’s beyond breaking stereotypes.” Lee is vitalized by stereotypes, and believes we are all equal, “equally ignorant, fallible, weird, and desiring freedom!”

The intersection of disability and Asian American identity presents a complex sphere of cultural and social nuances that are yet to be properly explored, both in academia and in advocacy. The CDC estimates that 1 in 10 Asian Americans have a disability, yet nearly no research or resources exist in response to the specific challenges of being disabled in the Asian Pacific Islander and Desi American (APIDA) community.

In response to this gap of resources, The Asian Americans with Disabilities Initiative (AADI) has officially launched the AADI Resource Guide, a nationally accessible resource guide to combat ableism and racism within the Asian American community. This publication is the culmination of dedicated research from the past year conducted by the organization’s research team. The resource guide is a firm representation of AADI’s mission; the goal is to equip the next generation of disabled Asian leaders with the tools to combat ableism and anti Asian hate. While the guide is tailored for disabled Asian Americans, this guide can apply to all communities and allies, and has wide reaching implications for the disability community at large, shedding light on racial and ethnic disparities within the disability advocacy sphere.

Readers of the resource guide will find sections that cover the definitions of what it means to be Asian American and disabled and the historical systemic racism and ableism that exist in the United States and how it affects the community. They will also find tips on digital accessibility and the effects of culture on disability.

Those who do not identify as either Asian American or disabled will find allyship resources and testimonials from the team on the realities of living with disabilities as Asian Americans.

WASILC’s Weekly American Pacific American Heritage Month Campaign will be available on our website and on the WASILC Facebook.